He actually said that – here is the video.

To give you some perspective on what this means – here are the sources from which Alberta generates the electricity to power our homes and businesses, compared with Minister Guilbeault’s home province of Quebec. 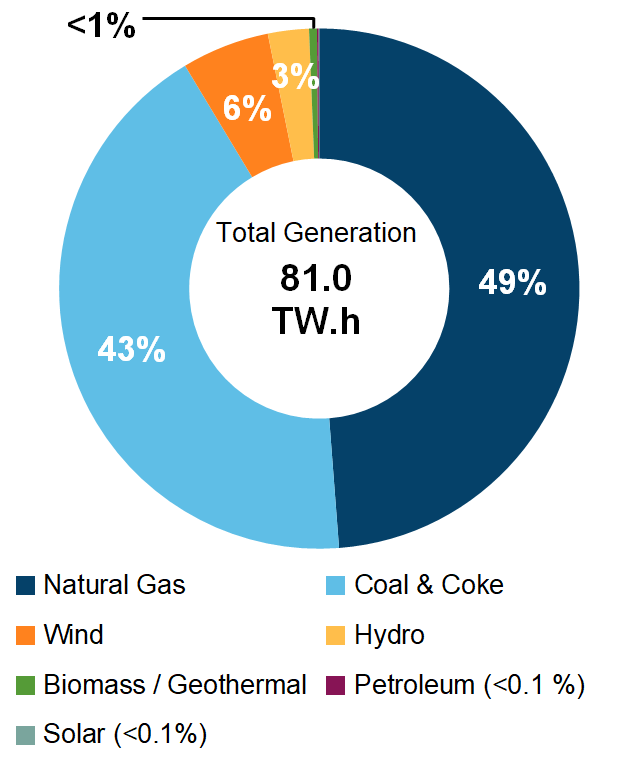 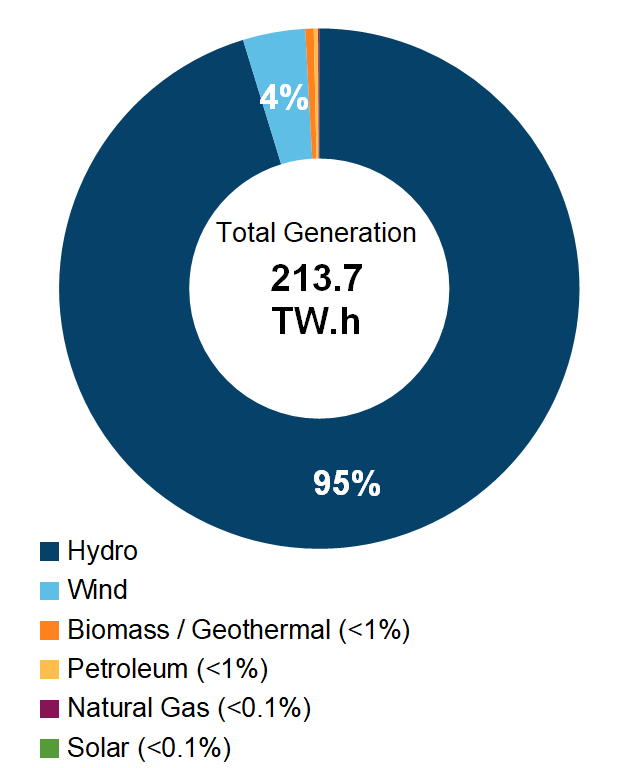 Why is that? It’s because Quebec’s geography has blessed it with an almost limitless supply of hydro power to draw from, while Alberta has been endowed with world-class petroleum reserves to utilize for generating the electricity required to power modern societies including – you know – luxuries such as stoves, furnaces and lighting during a long Alberta winter.

Although Alberta has been gradually transitioning from coal to natural gas – which emits less CO2 and actual air pollutants – replacing our primary fuel sources for electricity production with other non-fossil fuel sources like wind, solar and biomass, would be expensive beyond our wildest nightmares, would take decades to complete and would likely involve blighting our entire landscape with hundreds of square kilometers of solar panels and giant wind turbines. In addition, we would have to build new nuclear power plants and related infrastructure to fill in the obvious power gaps that solar and wind would leave.

But again, this would take decades and hundreds of billions to make such a transition. Guilbeault says this must be done by 2030!

I guess we in the West can just freeze in the dark until we follow your commands, Minister?

But don’t worry, we still have another 8 years or so before Ottawa turns off our lights!

Here is the political math that Mr. Guilbeault is using when he commits Canada to eliminating electricity from fossil fuels by 2030:

Cost to Alberta: Hundreds of Billions

This made-in-Ottawa plan for limiting the world’s CO2 emissions is being foisted upon us while Alberta sits on, quite literally, an ocean of the cheapest and cleanest burning fossil fuel on the planet; and while Asia, due in part to our nation’s blockade of our own natural gas, is instead resorting to bringing online several new coal-fired power plants each and every month as the only realistic alternative to powering their growing economies.

So how does the Free Alberta Strategy help solve this problem?

Passing the Strategy’s proposed ‘Alberta Sovereignty Act’ would authorize the Alberta Legislature to refuse any provincial enforcement of this absurd Federal edict.

It would also permit our Provincial Government to refuse enforcement of both the Federal Carbon Tax and the recently announced hard cap on Alberta’s energy producers (which, to the surprise of no one, does not apply to Quebec’s and Ontario’s steel, cement and other large CO2 emitting industries).

Progress on making the Free Alberta Strategy a reality, is gaining steam.

We will keep working hard on our end to educate Alberta voters and their elected officials on the Free Alberta Strategy and discuss how critical it is to loosing ourselves from Ottawa’s economic sanctions against our Province.

We encourage you to donate if you can to the cause, and to share the website and Strategy with your friends and family.

If we stand together, I am confident we can take back control of our Province’s future from Ottawa and restore the Alberta Advantage for ourselves and our children.